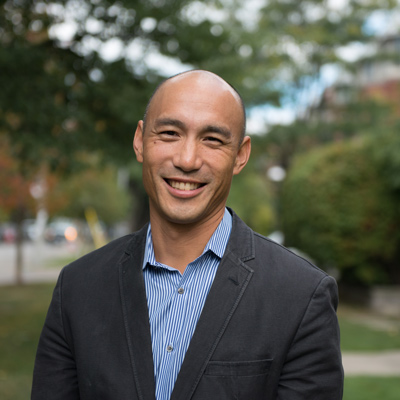 President and CEO of Kensington Health

Moderator
John Yip is President and CEO of Kensington Health, a diverse and innovative not-for-profit health care organization with both residential, community and ambulatory care services. He has over 20 years of experience in the healthcare industry, leading system and organizational strategy, clinical operations and patient engagement initiatives.  Prior to joining Kensington Health, John was the Vice-President of Corporate Services at Health Quality Ontario and a management consultant with the national health care practices at CGI, KPMG and PwC. John holds an MBA in Health Services Management from McMaster University, and a B.Sc. and BA from Dalhousie University. John sits on the Centre for Effective Practice Board of Directors and is a member of the Institute of Corporate Directors. 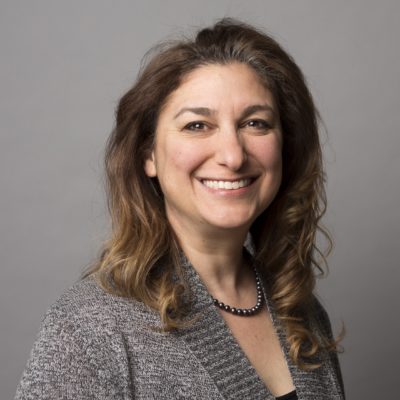 Dr. Allison Sekuler is the Vice-President, Research, and the Sandra A. Rotman Chair at Baycrest and Managing Director at the Centre for Aging + Brain Health Innovation. Dr. Sekuler joins Baycrest after a long and distinguished career as a Professor in the Department of Psychology, Neuroscience & Behaviour at McMaster University, where she was the first Canada Research Chair in Cognitive Neuroscience (2001-2011). She is also the Chair of the Natural Sciences and Engineering Research Council of Canada‘s (NSERC) Scholarships & Fellowships group along with being a member of NSERC’s Committee for Discovery Research. The recipient of numerous awards for research, teaching and leadership, Dr. Sekuler has a notable record of scientific achievements in aging and vision science, cognitive neuroscience, learning and neural plasticity, and neuroimaging and neurotechnology, as well as vast experience in senior academic and research leadership roles. 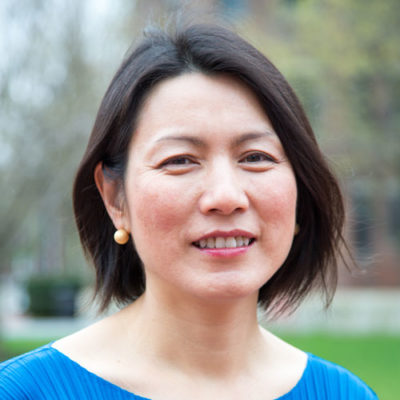 Dr. Emi Kiyota is the Founder and President of Ibasho. Ibasho reflects the Japanese concept of “a place where one feels at home being oneself”. She is an environmental gerontologist and organizational culture change expert. Her focus is on creating inclusive communities where elders are assets. She has published journal articles and book chapters in Germany, Japan, Switzerland, Singapore and the US. 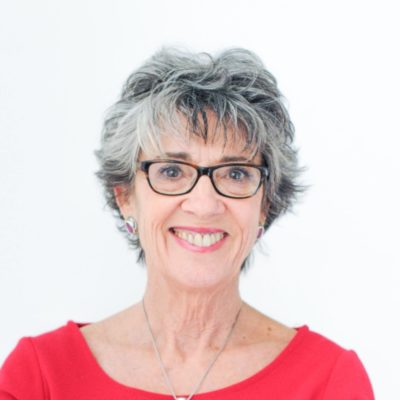 Robyn I. Stone, Dr.P.H, a noted researcher and internationally recognized authority on long-term care and aging policy, is Sr. VP for Research at LeadingAge and Co-Director of the LeadingAge LTSS Center @UMass Boston. She has held senior research and policy positions in both the U.S. government and the private sector.  She was a political appointee in the Clinton Administration, serving in the U.S. Department of Health and Human Services as Deputy Assistant Secretary for Disability, Aging and Long-term Care Policy and Assistant Secretary for Aging.  Dr. Stone is a distinguished speaker and has been published widely in the areas of long-term care policy and quality, chronic care for the disabled, aging services workforce development, low income senior housing and family caregiving. She serves on numerous provider and non-profit boards that focus on aging issues. Dr. Stone is a fellow of the Gerontological Society of America and the National Academy of Social Insurance.  She was elected to the National Academy of Medicine (formerly the Institute of Medicine) in 2014. 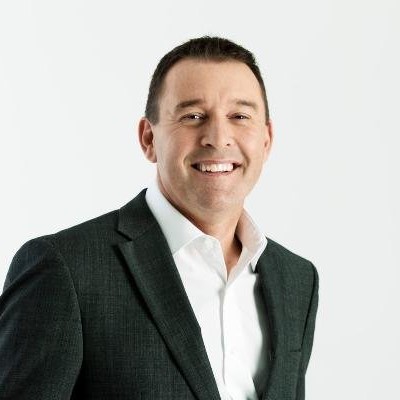 Stephen has extensive experience in the health and aged care industry in Australia and New Zealand. Since Stephen assumed the role of Group Chief Executive Officer at Mercy Health on 1 July 2011, the organisation has grown significantly. Mercy Health has expanded its aged care operations into Western Australia and Queensland, and acquired 14 more homes in Victoria. It has grown its expertise and international reputation in perinatal medicine, established Victoria’s first breastmilk bank and helped secure more than $130 million in government funding for the expansion and redevelopment of Werribee Mercy Hospital and the Mercy Mental Health service to help care for a growing population in Melbourne’s south west. Stephen was named CEO of the Year and Health & Pharmaceuticals Executive of the Year at The CEO Magazine’s 2016 Executive of the Year Awards. Stephen champions equity and inclusion in his role as a Workplace Gender Equality Agency (WGEA) Pay Equity Ambassador and plays an active role in supporting the retention of Mercy Health’s WGEA Employer of Choice for Gender Equality citation each year. Stephen has undergraduate and postgraduate qualifications from the University of Oxford, University of New South Wales, Deakin University and Australian Catholic University where he has also been awarded the honorary title of Adjunct Professor for his work in health and aged care. He has also undertaken further development at Harvard Business School. 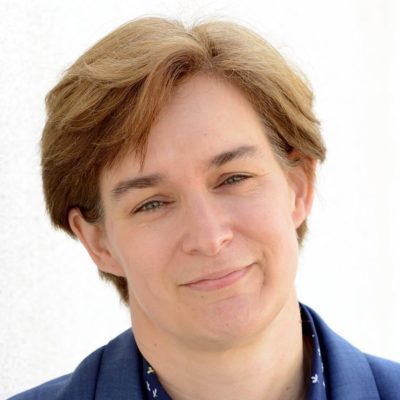 Vic Rayner is Executive Director of the National Care Forum, the strongest voice for the not for profit care sector in the UK. She sits on many government and national specialist groups with a focus on the social care workforce, digital transformation, new models of care and regulation. Vic is a regular national and international speaker, and has extensive knowledge and expertise across a wide range of care, support, housing and social policy agendas. 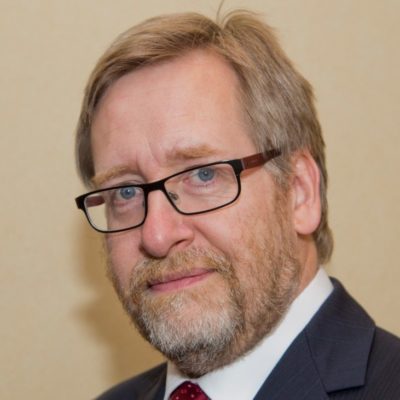 Dr Donald Macaskill is the Chief Executive of Scottish Care. Scottish Care is the membership organisation of independent providers of care home and care at home/housing support services in Scotland. Numbering nearly 1000 services Scottish Care members employ over 100,000 staff. Prior to his current role, Dr Macaskill ran an equality and human rights consultancy for fourteen years. In that time, he focused on issues such as adult protection and safeguarding, workplace and institutional discrimination and the role of human rights in social care.

He has a particular professional and academic interest in human rights-based approaches to care and support, personalisation, bereavement and palliative care.

In August 2018 he wrote ‘TechRights: human rights, technology and social care.’ after a summer of conversations with key digital and technology stakeholders, human rights and ethicists in numerous countries. His work calls for a human-rights and ethical based approach to be developed around the co-design and implementation. 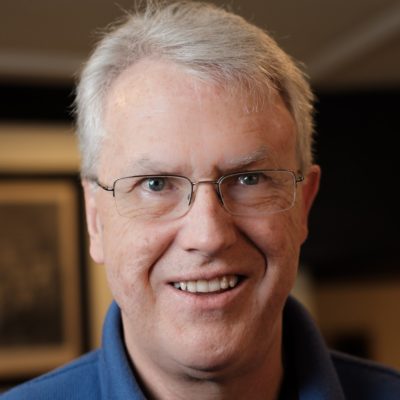 Jim followed a 25-year career path through the sales and marketing departments, completing his employment as Director, Government Affairs with Canadian Airlines/CP Air. On retirement, he established his management consulting company, Capital Business Strategies Ltd., which was officially dissolved March 2008.

Jim was diagnosed with Alzheimer’s in February 2007 at the age of 58 and now volunteers his time to ‘advocate to educate’. With a focus on living as well as possible with dementia, he attempts to reduce stigma and shatter stereotypes using insight gained personally and as a care partner for his mother who also lived with dementia. He has appeared before federal and provincial Parliamentary committees and has been interviewed for radio and television. He has also spoken throughout Canada to groups large and small, from key note speeches to panels.

Jim completed a six-year term in 2015 as board member of the Alzheimer Society of Canada (ASC) and in his home province of BC he also had a six year term on their board of the provincial Alzheimer Society (ASBC) that ended in 2014. Jim remains active with ASC’s Advisory Group of People Living with Dementia, which he co-chairs. 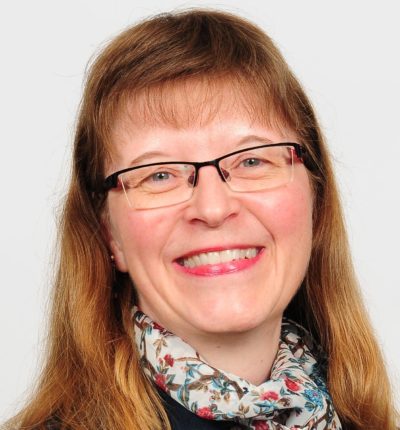 Mary Schulz has been the Director, Information, Support Services and Education at the Alzheimer Society of Canada (ASC) since 2006.  A Social Worker by profession, she has spent her career in health care, primarily working with older adults and their families.  Mary is honoured to be working with the ASC’s Advisory Group of people with dementia, who launched Canada’s first Charter of Rights for people with dementia in 2018. Meaningfully engaging people with dementia is critical in ensuring that ASC’s work is relevant, informed by lived experience. 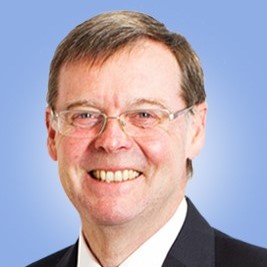 Dr Stephen Judd has more than 25 years’ experience in the health care and information technology industries. He has been Chief Executive of HammondCare since 1995. When he began, HammondCare served fewer than 250 clients and had an annual revenue of $8 million. Today, it provides care to almost 14,000 people, and FY17 revenue was $252 million. He has written and contributed to books on dementia care, aged care design and the role of charities. Stephen has served on numerous government and industry committees and is currently a member of the Advisory Council of the Australian Aged Care Quality Agency. 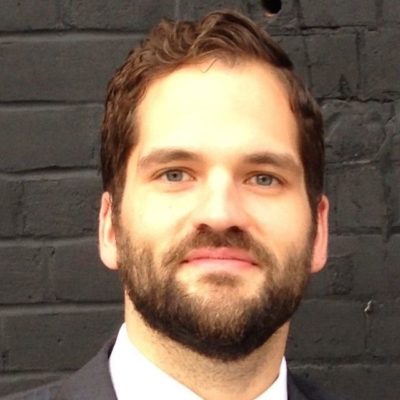 Michael Nicin is the Executive Director of the National Institute on Ageing, a think tank based at Ryerson University, focussing exclusively on social, health, and financial issues concerning Canada’s ageing population.  Previously, Michael was Acting Chief of Staff and Senior Policy Advisor to the Ontario Minister of Seniors Affairs. He has also served as the Director of Policy and Strategic Planning for CARP, advocacy organization for older Canadians with 300,000 members across Canada. 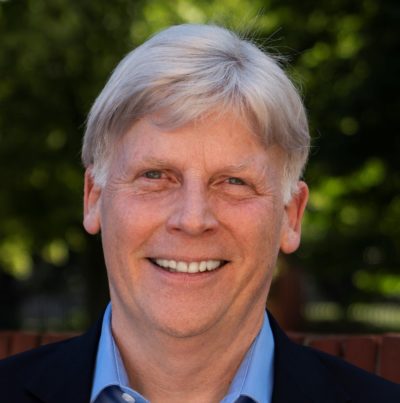 Armin St.George is co-founder of Crosswater Digital Media, an award winning creative production facility, founded in 1991. His strong marketing and storytelling background has overseen the company’s growth in radio and TV production, film scoring, and patient education content to VR/AR/XR production and distribution. The company has gained a solid international reputation for its focus on research based immersive therapeutic and training applications for Medical and Higher Education, Healthcare, Vocational, and Industrial sectors. 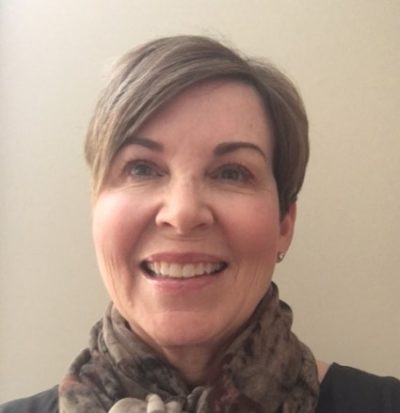 Jill Knowlton’s impeccable reputation as an experienced visionary leader and highly effective executor in Ontario’s LTC sector is built on 35 years of dedication and commitment to high quality compassionate care and service. As Chief Operating Officer for primacare™, Jill is responsible for daily operations and transformational change across the organization. A member of the OLTCA Board of Directors, Jill is frequently called upon to engage in collaborative projects with government, university and health-sector partners. 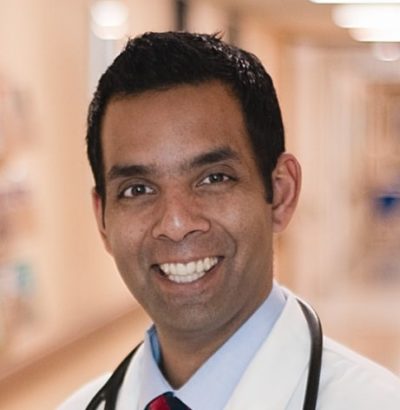 Dr. Samir Sinha is a passionate and respected advocate for the needs of older adults. Dr. Sinha is the Director of Geriatrics at Sinai Health System and the University Health Network in Toronto and the Peter and Shelagh Godsoe Chair in Geriatrics at Mount Sinai Hospital. He is also an Associate Professor in the Departments of Medicine, Family and Community Medicine, and the Institute of Health Policy, Management and Evaluation at the University of Toronto. 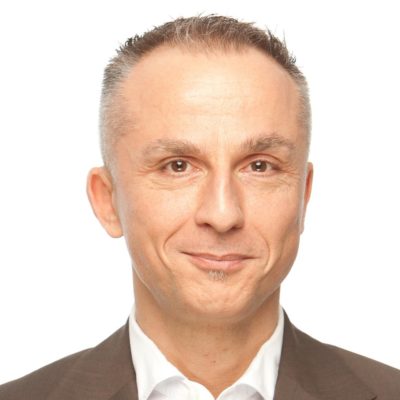 Vincenzo Paolino, RN, MSc Management of Health Care Organizations, BSc Psychology, BSc General Management and Management of NPOs (*1965 in Munich) is a certified specialist in geriatric care equipped with entrepreneurial spirit. He has a background in care management as well as business economy. Extended leadership experience and continued education enable him to lead companies in the field of long-term care with sustained success. He serves as the Treasurer for the Global Ageing Network. After studying psychology from 1986 to 1988 in Munich he chooses to complete an apprenticeship in psychiatric nursing in Switzerland and graduated in 1991. His thesis was on “New approaches in Long Term Care for elders”. Working as nursing director in a hospice for Aids-patients in the 1990’s gave him the opportunity to develop management skills as well as helping to spread palliative care-ideas.  This was followed by 13 years as nursing director in a state-owned nursing home near Zurich where he and his staff successfully implemented elements of the Eden-Alternative to boost culture-change. He successfully introduced “Almacasa” as an alternative to usual nursing homes in Switzerland.He serves as the founder and board member for the non-for-profit association “queerAltern” and former President, he and his team strive for an affordable place to live for frail LGBTs in Zurich. Within this challenge he benefits from his experience in elder care as much as from belonging to the gay community.